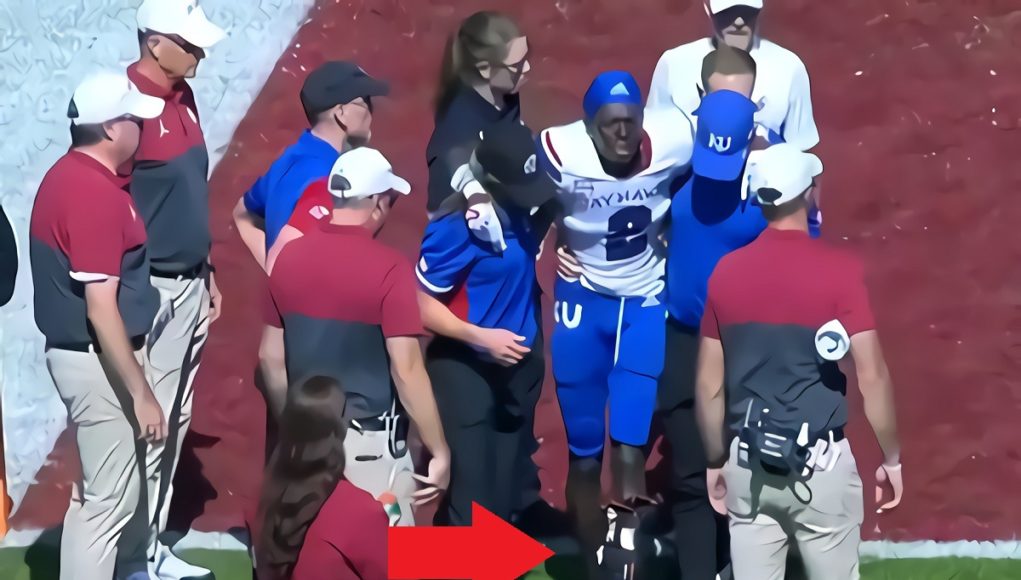 Football is one of the most inherently dangerous sports in the world. With massive men constantly jumping on top of each other severe injuries happening is almost a regularity. In most cases football injuries involve broken bones, and sadly during Kansas vs Oklahoma Cornerback Cobee Bryant became another victim of a potentially career altering injury. However, it’s the actions of the Kansas Jayhawks’ medical staff that is capturing the most attention.

Usually when a football player breaks their leg the first thing a medical staff does after stabilizing the leg in an air cast is bringing over a stretcher and cart, so the player doesn’t have to put any pressure on the broken limb. After Cobee Bryant broke his leg he was literally convulsing in pain, but for some reason the Kansas Jayhawks’ medical staff thought it was a good idea to park the medical cart almost 15 yards away from where he was on the field.

The unthinkable happened when the Kansas medical staff made Cobee Bryant walk on his broken leg. With each step you could see him yelling out in agonizing pain. Yet still instead of just moving the medical cart closer they still made him walk, and until they decided to dangerously carry him to where the cart was. This sparked major controversy on social media due to their apparent lack of awareness. Take a look at how Cobee Bryant walked on a broken leg, and some reactions from social media.

Cobee Bryant was one of the most important players on his team, so his injury will definitely impact their Jayhawks’ success going forward. Hopefully he makes a full recovery, and Kansas’ medical staff does a better job next time of not putting a player in an unnecessarily painful situation after a severe injury. 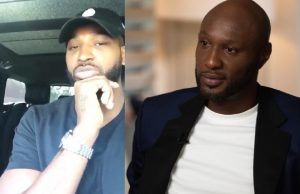 Ever since Tekashi69 snitched on Tr3yway he has defied all odds, and has been basically untouched. On social media he never stopped talking trash,...

Kyrie Irving Feels Sixers Pain as He Yells ‘Shoot it Ben’ to Ben Simmons During...