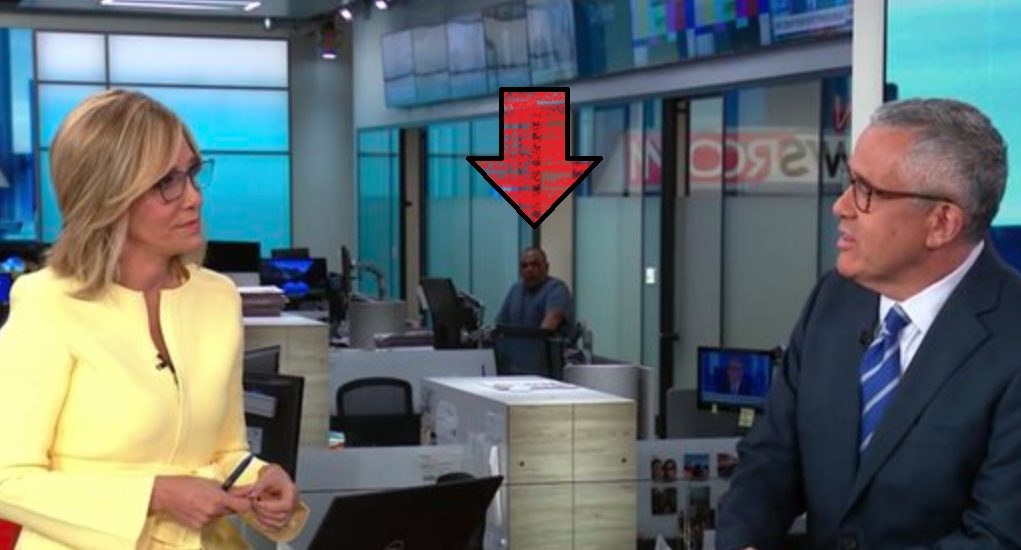 It was 8 months that Jeffrey Toobin was caught pleasuring himself during a Zoom Call after forgetting to turn his camera off. He was subsequently fired from his job at The New Yorker, and put on leave by CNN when the footage went viral. In his first interview back on CNN, it was the man in the background giving a “peace out” sign while Jeffrey Toobin was describing pleasuring himself on the Zoom video call that stole the show.

To most people it seemed like the guy in the background could hear what Toobin was talking about, and decided he couldn’t stomach listening to it. This led to the background man giving a “peace out” sign and walking out on Jeffrey Toobin was describing pleasuring himself on Zoom video. Sure it could have been a coincidence, but still hilarious nonetheless.

Here is a video that gives you the context of what he was discussing on Live TV.

This video focuses on the man in the background of Jeffrey Toobin’s CNN interview. Check that smooth “peace out” sign he gives before getting out of there. He had Johnny Bravo levels of swag in that moment.

That guy is probably going to log onto social media later, and be shocked to see he’s famous. It’s inevitable this moment is the next great Internet meme.

Now along with all the other accomplishments he probably has, he is also known as the “peace out” man from Jeffrey Toobin’s first CNN interview since the Zoom incident. 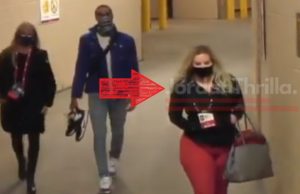 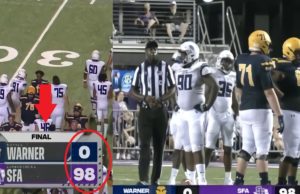 On most days you will never see a football game approach the scoring output of an NBA...

In the world of social media challenges the TikTok platform has given birth to some of the most dangerous. However, none are as scary...