Six Flags was recently in the news regarding a drastic drop in their stock prices, but now something much more serious appears to have happened. According to recent reports a mass shooting at Six Flags in Gurnee Illinois may have just occurred, and there is video showing how chaotic the scary scene was.

According to report from CBS Chicago, three people have been shot at Six Flags Great America in Gurnee. Reports are saying the shooting took place in the parking lot, and may have been a targeted attack. There are currently no details on how many injuries or deaths may have occurred, but it has been confirmed that so far law enforcement has identified three victims who may or may not be alive.

On social media several videos of the Six Flags mass shooting aftermath surfaced showing a heavy police presence. It seemed there were police lights as far as the eye can see. In some of the videos people were crouched down trying to safely hide near rides. At the moment there are no details on who the shooter is, or if they have been captured by police. However, law enforcement seems to have the situation under relative control. Take a look at the scary footage.

If you are in the Gurnee area it’s best to avoid the roads surrounding Six Flags. Stay safe everyone, and prayers up for the victims. Hopefully there were no casualties. Story is still developing.

Is That's So Raven Disney Star Cory aka Kyle Massey a pedophile? The former superstar who played... 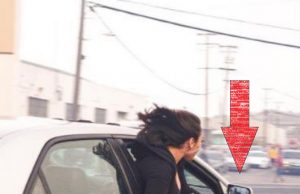 When the beef between Rory, Mal, and Joe Budden started many people thougt it would be the end of the podcast. However, quite the...