It’s not often you hear about top athletes suffering from epilepsy, but for one star quarterback that is his reality. Today OSU QB Justin Fields’ epilepsy condition was confirmed with NFL teams. At the moment it hasn’t seemed to affect his on the field performance, and doctors claim he will outgrow it. However, there is still an elephant in the room question that everyone is wondering.

With NFL draft coming up on April 29, people are wondering if Justin Fields health will be a red flag to NFL teams. Some people believe that Justin Fields epilepsy condition is the reason why San Francisco 49ers are allegedly targeting Mac Jones from Alabama. The thought of Justin Fields having a seizure on the field or in the locker room probably scares a lot of teams, and casts a cloud of uncertainty.

What Is Epilepsy and What are Side Effects?

Epilepsy is brain disorder where erratic nerve cell activity causes severe seizures. Epilepsy is usually the result of a genetic issue, brain injury, or after effects of a stroke. When a seizure happens the victim experiences extreme shaking, sensations, and can sometimes lose consciousness. These seizures can sometimes lead to death, or even biting through your own tongue. Epilepsy can usually be controlled with medications or diet changes, but in severe cases brain surgery is done.

Justin Fields epilepsy never stopped him from being an incredible quarterback, which is amazing in itself. However, it could impact the chances NFL teams are willing to take on him. He’s been proving doubters wrong all his life, and he’ll probably do the same with any NFL teams that decide to pass on him.

Sony is caught in the midst of major controversy after the alleged double life of one of...
- Advertisement - 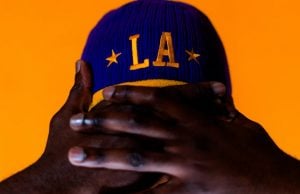