A black woman who got a racist bank charge from American Airlines is going viral. The woman named Kyetra Bryant claims American Airlines gave her an “African American African service charge”, which was put on her debit card the day after her flight. She posted a picture of the receipt with the charge on social media, which went viral before the story was picked up by news stations across America.

In viral news footage from FOX 46 Charlotte, Kyetra Bryant spoke about how the situation ruined her Thanksgiving holidays. She discovered the American Airlines gave her the “African American African service charge” while looking through her banking app on her cellphone.

According to the FOX 46 report American Airlines still hasn’t taken responsibility for the racist charge, or apologized for it. Even though Kyetra Bryant has let them know it was hurtful, it appears American Airlines still is acting oblivious to the matter. The woman claims when she contacted the company about the racist bank charge they told they don’t know what she is talking about.

American Airlines always seems to be in the news for doing something wrong to their customers, but this might be one of the strangest occurrences. If they really did this, that is as shameful as it gets in terms of blatant racism. 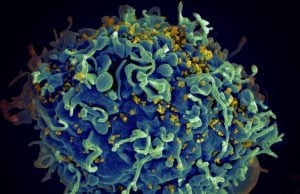 You know how people say you should never taunt or get too close to an animal at the zoo? That is especially true when...