JordanThrilla
Home Hollywood Did Greta Thunberg Get Arrested in Germany after Cops Defending the Coal...

Greta Thunberg, the Swedish climate activist, was carried away by police officers in Germany during a climate protest at a German village being razed to build a coal mine. The protest was part of a demonstration in support of the village of Lützerath, which was due to be cleared to make way for the expansion of the coal mine. Thousands of people turned out to join the protest in persistent rain, and there were standoffs with police as some protesters tried to reach the edge of the mine and the village itself.

Did Greta Thunberg Get Arrested in Germany?

Greta Thunberg had joined the demonstrators to voice her opposition to the eviction of Lützerath, walking through the nearby village of Keyenberg and past muddy fields. Protesters chanted “Every village stays” and “You are not alone”. The environmentalist movement has been gaining traction in recent years, with Thunberg inspiring the Fridays for Future climate movement. Most reports don’t say Greta Thunberg got arrested in Germany, but rather forcibly removed from the protest area. It appears they didn’t put her in handcuffs, or anything like that.

German Cops Defending Coal Mine Get Stuck in Mud

At the demonstration, the police allegedly used water cannons and batons against hundreds of protesters trying to reach the edge of the coal mine. This excessive use of force was condemned by Thunberg, who urged the United Nations to accept a standing claim against five countries who are responsible for the majority of greenhouse gas emissions.

She also appealed to the German government to stop the destruction of the village, and ensure climate justice for everyone. In what seemed like a sign of instant karma the police defending the coal mine got stuck in mud leading to a very embarrassing situation prior to her getting carried away.

cops defending coal mine get stuck in mud #Luetzerath pic.twitter.com/xHJBoukRsN

The German government, and utility company RWE had agreed a deal to end coal use by 2030, which would allow the village of Lützerath to be cleared to make way for the expansion of the coal mine. However, this decision was met with outrage by environmentalists, who argued that it would result in huge amounts of greenhouse gas emissions.

The protests in Lützerath have shown the powerful influence of the environmentalist movement, with Thunberg’s presence being a beacon of hope for those fighting against the coal mine expansion. Her message to the German government was that they should stop the destruction, and ensure climate justice for everyone.

The protests in Lützerath have highlighted the urgent need for climate action, and the importance of standing up for what is right. Environmentalists around the world are calling for governments to take responsibility for their actions, and make meaningful changes to reduce the amount of greenhouse gas emissions. It is clear that the fight for climate justice is far from over, and Greta Thunberg and her fellow protesters are leading the way. 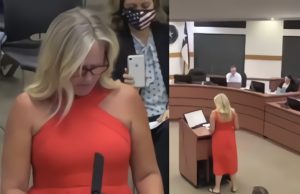 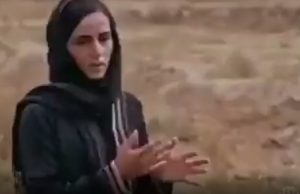