JordanThrilla
Home Sports Did Kyrie Irving Tell People Not To Wear a Mask for COVID-19?...

The news airwaves were shaken today when a people began to think Kyrie Irving is an anti-vaxxer due to a twitter post he made, although his vaccination status is unknown. In a controversial message it seemed Kyrie Irving told people to take off their masks in regard to COVID-19. However, in reality people may be taking his words for what they mean on the surface, forgetting that Kyrie Irving is a deep thinker who seems to talk in riddles.

Before we delve into the words Kyrie Irving wrote, it’s best to know exactly what he said. In the tweet he wrote this,

On the surface it does sound like Kyrie Irving is telling people not to wear masks for protection from COVID-19, and also urging them not be scared when they do, but if you look closer you’ll realize his statement is a metaphor of life.

What does Kyrie Irving mean by “mask off” and “no fear”?

In our opinion Kyrie Irving is conveying that people shouldn’t force their beliefs on other people. He seems to be also urging people to think for themselves, in an era ruled by hive mentality. If you want to relate this to COVID, he would probably be against people being bullied into making a medical decision in terms of being vaccinated, which would be a pro-choice line of thinking.

Must Read  Is Olympian McKayla Maroney a Cult Church Member of 'Masters of Angels'? Evidence Inside

It doesn’t seem like he literally means people should take their mask off. In fact you’ll probably see him wearing a mask during the NBA season.

Although it’s easy to see that Kyrie Irving statement wasn’t meant to be taken literally, the timing of his statement in regards to the current state of the COVID-19 pandemic, is very bad. There will likely be thousands of people who take that statement literally, and thousands more who will purposely take it literally to further their own beliefs.

What you have to admire about the situation is Kyrie Irving not being afraid of controversy, because he had to know this would cause controversy. In world where most athletes would be afraid to say something like this, Kyrie Irving seemingly welcomes the backlash. 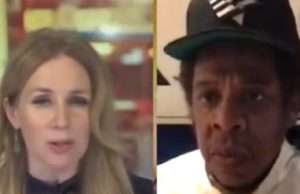 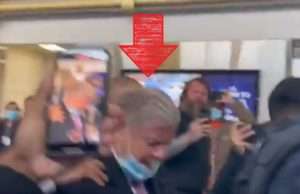 A gang of Trump supporters mobbed Senator Lindsey Graham at the Reagan airport for turning on Donald...

Casanova is currently locked up behind bars, but that doesn't mean he doesn't know what's going on in the world outside. After hearing the...