Here is another angle of the Aaron Donald vs Connor Williams fight.

From the looks of things it seems Connor Williams beat up Aaron Donald just off the strength of how he tossed him to the ground like a rag doll. Connor Williams swung Aaron Donald by his helmet, which was a very dangerous thing to do considering he could have broken his neck.

At the core of the this scuffle was too competitors that go hard even in practice situations. Hopefully no one got hurt. 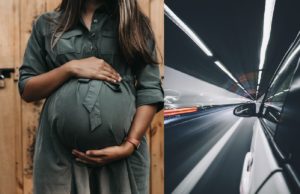 Can a Fetus Be a Passenger? Texas Woman’s HOV Violation Claim...

Ever since the Supreme Court overturned Roe vs. Wade there has been endless conversation around whether or...

This morning sad breaking news out of White Plains NY Hospital reported that rapper DMX was brain dead after overdosing on cocaine and suffering...