If you own an Iphone you can no longer download Fortnite. People are cancelling Apple for removing Fornite from the IOS app store after Epic Games reduced the price of V-Bucks. Apple accuses Fornite of violating there agreement to give them a 30% cut of all profit from in-app purchases.

In an effort to make V-Bucks cheaper for gamers, Epic Games made in-app purchases available directly through them, instead of having to go through the IOS app store. This bypasses Apple’s 30% tax on all in app sales, which made it possible for Epic games to reduce the price V-Bucks to help out gamers.

However, it appears Apple wants gamers paying that extra money when playing Fortnite on IOS devices, so they removed the app completely. This has led to people cancelling Apple.

To some people Apple is sending a clear message they don’t value gamers who like to play games on their devices. Incidents like these hinder their relationship with developers and consumers. It’s sad that even during a pandemic when people are struggling financially that Apple is still being greedy over a miniscule amount of money in the grand scheme of things. 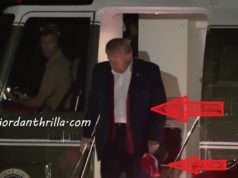