The Arizona Cardinals are the most viral topic in the NFL world after one of their coaches was fired while in Mexico City. Sean Kugler who was in charge of dictating Cardinals’ running offense was an integral part of the team’s success. However, the allegations of what he did in Mexico left the team with no choice but to let him go, and also could destroy his marriage.

Was Cardinals Coach Sean Kugler Caught Cheating on His Wife in Mexico? Details About His Marriage and Why He Got Fired

According to reports Sean Kugler was arrested in Mexico for sexually assaulting a woman. Reports alleged that that he groped a woman, which by definition means he touched her for $exual pleasure against her will. The incident happened on November 20, and almost immediately he was fired by Cardinals and sent home early. While it’s not clear if the situation impacted the team’s morale as a whole the Cardinals did lose their first game after incident to 49ers 38-10.

The implications of the allegations go beyond just the legal and employment aspect. Sean Kugler is married to a woman named Monica Kugler, with whom he shares 4 kids with. The current dynamics of their relationship are unknown, because they very could have an open marriage like many celebrities do. However, right now just from outside looking in it appears Sean Kugler cheated on his wife by groping the woman in Mexico. Many people on social media believe the incident is proof that he may have cheated on her many times before, and just didn’t get caught.

Many years ago Sean Kugler went viral for saying a game that lasted five overtimes cut into his “drinking time”. After losing his job he’ll now have plenty of time to get those drinks in. 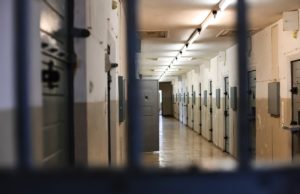 Emoni Bates’ Booking Report Goes Viral After He Got Arrested On...