Sad news shook up Hollywood when it was announced Devon Franklin is divorcing Meagan Good. The connection they developed while recoding the film ‘Jumping the Broom‘ in 2011 led to their 9 year marriage. In life all good things come to end, but what was the true reason behind their divorce?

In a statement about their divorce both Meagan Good and DeVon Franklin said it was a mutual decision that came after a lot of prayer. It may sound amicable on the surface, but when you have to pray on something for a long time it means that you don’t want to do, but something had that left you no other choice.

What that is remains is mystery, which has led to some conspiracy theories Meagan Good cheated on DeVon Franklin. People believe if infidelity was involved she was the more likely culprit, because of DeVon Franklin’s background of being a religious motivational speaker. Making it known that cheating was involved in their relationship would be bad press for both of them, so it makes sense to keep the true cause private. Of course this is all speculation, since only they know what truly happened.

Devon Franklin divorcing Meagan Good comes just about 3 weeks after hew new show “Harlem” premiered on Amazon prime. The show has a mature rating due to the very adult themed scenes seen in each episode. One in particular that went viral earlier this month was a Meagan Good booty eating scene.

Considering his background of being a religious motivational speaker, some conspiracy theorists feel Devon Franklin couldn’t handle seeing his wife recording those raunchy ‘Harlem’ scenes with other men. It may just be a TV show, but it might have been stressing him out. After all they themselves met while recording scenes together. Plus timing seems a bit strange too.

Imagine seeing your wife in a scene like this, even if it’s just for a TV show. Some people think it came to a point where she had to choose between her marriage and career path.

It’s always confusing when you hear people who are getting divorced talk about how much they love the person they are choosing not be with anymore. Naturally somebody has to be at fault in some way if you’re ending a 10 year marriage, which leaves so much mystery.

It will be interesting to see who they each date next. Whatever happened between them hopefully they both are truly happy with the next chapters of their love lives. 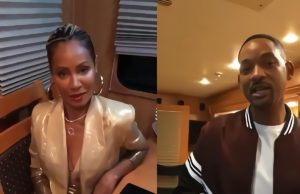 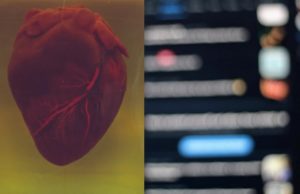