With Marijuana on the brink of being legalized nationwide, horror stories about people who try getting it illegally sometimes rock social media emotionally. The drug that many NCBI studies have deemed as relatively safe, has almost never been directly connected to a young person dying. However, when you are getting a drug illegally you never know what you’re actually getting as in the case of a 23 year old woman named Damilola Olakanmi who lived in Ilford UK.

This horror story started when Damilola Olakanmi bought marijuana edible gummies from a person through a messaging app. At the time she was with a 21 year old friend who was visiting from the United States, who survived the ordeal. When she received her cannabis gummies in the mail they were encased in package labeled ‘Trrlli Peachie O’s’. She probably never expected that the cannabis used to make them wasn’t actually the natural version.

How Synthetic Cannabis is Made

Unfortunately a class B synthetic cannabinoid was used to make the marijuana gummies that Damilola Olakanmi and her US friend ate that day. Synthetic cannabinoids also known as K2 or Spice are made by using reverse extraction techniques on high-proof alcohol or acetone solvents to create a spray that is then put on plants that look like real cannabis. Synthetic cannabinoids bind to the same receptors THC does, except it can be 2 to 100 times as strong. The supplies for this lab created chemical usually come from China.

Synthetic cannabinoids are very dangerous, because the chemical solution used to make them is almost never mixed properly. This leads to the plants sprayed with chemical sometimes having amounts that can kill a human being very quickly. After eating the synthetic marijuana edible gummies Damilola Olakanmi died after falling ill almost immediately on March 29. Doctors at East London Hospital were unable to save her life, but they were able to save the life of her 21 year old friend that was from the United States.

What Are Side Effects of Synthetic Cannabis that Killed Damilola Olakanmi?

Details on what side effects Damilola Olakanmi experienced when she fell ill are unknown, but in generally synthetic marijuana is known to cause extreme vomiting, increased heart rate, kidney damage, vision damage, loss of consciousness, severe headaches, and high blood pressure. People still use it despite these risks, because it doesn’t show up on any kind of drug test.

According to UK police reports a 37 year old man named Leon Brown sold Damilola Olakanmi the synthetic marijuana gummies that led to her death. He was arrested on April 1, and charged with possession of a psychoactive substance, and intent to sell Class B synthetic marijuana.

According to a report from Evening Standard, Damilola’s family is hoping that her tragic story will help other young people resist the urge of trying to buy drugs. She was an aspiring law student at University of Hertfordshire. 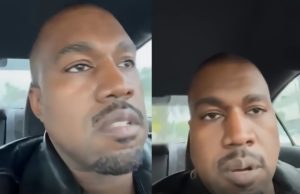 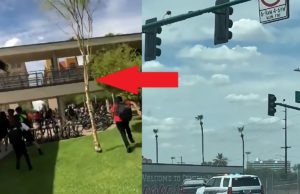 It was not too long ago that Kanye West said he wanted Kim Kardashian back. His attempt to reconcile was quickly shot down as...