Brock Lesnar is going viral after debuting his new look at SummerSlam. The drastic change of his hairstyle has fans thinking about a character in the one of greatest fighting game series ever made. It’s one of those things where once you see it, it can’t be unseen.

People think ponytail Brock Lesnar looks like Goro from Mortal Kombat. Although that isn’t a game character anyone would want to be compared to, you have to call a spade a spade in this case. With that ponytail Brock Lesnar is a Goro clone. The only thing he’s missing is two extra arms, and darker skin.

If Brock Lesnar has never played Mortal Kombat he’s probably looking through social media saying “damn that does look like me with this ponytail”. If he cuts it off or switches up his hairstyle social media will know why.

On the flipside maybe Brock Lesnar is throwing hints that he might be a special character in a future Mortal Kombat game? If that were the case it would make his new Goro look even funnier.

Who would have guessed that Brock Lesnar’s ponytail making him look like Goro would be the biggest story of SummerSlam 2021.

Arkansas Mother Found in Bed With Her 10 Year Old Son... 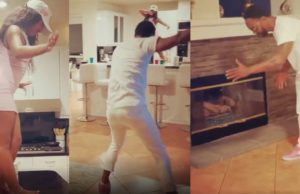 October 14, 2021
Cam'ron and his friends may have been victims of drug tampering, unless he's just trolling. A video... 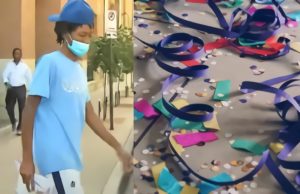