The Boys Season 3 ended with an unexpected bang in episode 8 that left the window open for an even more interesting Season 4. The theme of Season 3 Episode 8 ‘The Instant White-Hot Wild’ seemed to be about fathers reuniting with their children, and things not going as planned. Soldier Boy reunited with Homelander, Mother’s Milk reunited with his daughter after punching her stepfather, and most shockingly Homelander reunited with Ryan Butcher. Besides the moment when Homelander murdered Black Noir, it was something that Ryan Butcher did near the end of the episode the was most surprising.

As we all know Billy Butcher and Grace Mallory did everything possible to make sure Ryan Butcher never had contact with his father Homelander due to a fear that he might hurt him, or influence his thoughts. However, they seemed to miscalculate how much they had in common with each other in terms of the things they really wanted in life. Both Homelander and his son had a longing to be part of a complete family. The lifestyle of hiding in unknown locations never gave Ryan Butcher that life. The tipping point for him was when Billy Butcher had an angry outburst, and blamed him for killing his wife.

When Homelander goes to meet his son for the first time in years, he came to him as a caring father who only wanted to protect his son. It seemed that learning Soldier Boy was his father softened his actions towards Ryan. As result he explained to Ryan that he would never be mad about what he did to Stormfront, because he knew it was an accident. His words really hit a soft spot in Ryan’s heart, who asked Homelander to take him away from Grace Mallory. In that moment the father son bond between Homelander and Ryan became real, which was the biggest fear of Billy Butcher.

In the final scenes of the show Billy Butcher, Mother’s Milk, Hughie, Starlight, and Soldier Boy catch Homelander at Vought Tower, but are shocked to see Ryan is with him. Homelander introduces Ryan to Soldier Boy as his grandson, and pleads with him to not fight and instead be a happy family. Sadly, or not so sadly for Homelander he experiences more pain as Soldier Boy calls him disappointment starving for attention then proceeds to grab his throat.

As the fight ensues there’s a moment where Soldier Boy could have killed Homelander, but Ryan Butcher uses his heat ray vision to save him. After Soldier Boy attacks Ryan, the unthinkable happens when Billy Butcher and Homelander start working together to fight Soldier Boy, since they both want to protect Ryan most importantly. Eventually Soldier Boy decides to try killing everyone by self detonating, but Maeve pushes him out the building causing the explosion to happen in mid-air. Maeve loses her superpowers during the explosion, and Soldier Boy is knocked out long enough for Grace Mallory to put him back inside some kind of containment tube that keeps him perpetual sleep.

Near the end of the episode the producers give fans a glimpse of how the world has changed after the dust has settled from the final Soldier Boy fight. As aforementioned Victoria Neuman is now a Vice President candidate. More surprisingly Homelander goes to a rally, and introduces his son Ryan Butcher to the world for the first time. In doing so a protester grows angry calling Homelander a ‘fascist’ then throws a beer can at his son Ryan. This causes Homelander to zap the protester’s head off in front of the large crowd.

Surprisingly after an awkward silence instead of running in fear the stepfather of Mother’s Milk’s daughter started a chant cheering for Homelander. The camera zooms in and shows Homelander’s son Ryan smiling at the dead body of the protester whose head was blasted off. If you listen closely at the exact moment Ryan Butcher smiles the background music instantly switches to a more sinister tone.

People are convinced these are signs that Homelander’s son Ryan Butcher is evil, or at least in the beginning stages of becoming just like his dad. 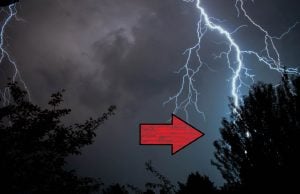 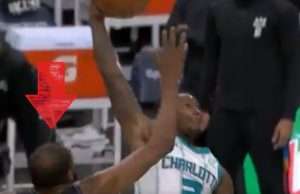 Kevin Durant just became the victim of another poster only 3 games into the season. This time...
- Advertisement - 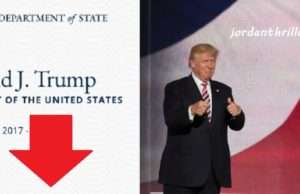 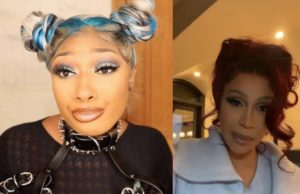 It's no secret that Megan Thee Stallion is one of the biggest female rappers ever in terms... 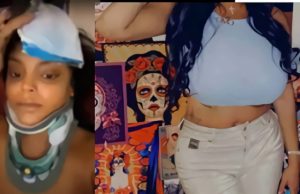