Apple always comes out with innovative devices that help people track different things in life. First it was the Find My iPhone app that helped people find their lost phones, tablets, or watches. More recently Apple developed the AirTag, which was meant to help people find small item like their lost keys. However, with tiny tracking devices like these people can use them to invade another person’s privacy, which can lead to deadly situations. A perfect example is the story of how a woman murdered her cheating boyfriend with the help of the aforementioned AirTag.

- Advertisement -
See also  Was Chris Rock Wearing a Cheek Pad When Will Smith Slapped Him? Evidence Inside

According to a report from Indianapolis Star a woman in Indiana named Gaylyn Morris secretly tracked her cheating boyfriend Andre Smith to a bar using an AirTag that was placed inside his car. Upon arriving at the bar Morris got into fight with her boyfriend and the woman he was having an affair with. The altercation led to the bar owner kicking them out, and it was in the parking lot that things turned deadly.

According to court documents as Andre Smith was trying to leave Gaylyn Morris hit him with her car, which caused him to stumble to the ground. To presumably make sure he didn’t survive Morris ran over him twice while he was still on the ground. Paramedics were called to the scene, but were unable to resuscitate Andre Smith. He was declared dead in the parking lot, and no details on the type of injuries he suffered have been released. Take a look at some close up photos the AirTag device that was used in this murder case.

This situation has made the fears many people had about AirTags when they released last year become a reality. Many people predicted that the small device would be used improperly to track people instead of small items.

According to reports Indianapolis Metropolitan Police have charged Gaylyn Morris with murder. As crazy as it sounds if AirTags were never invented Andre Smith might still be alive. This might be the first AirTag murder case in US history. 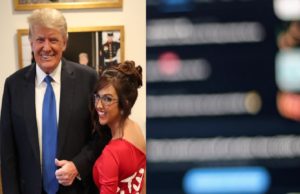