Among the many cursed filled insults in his rant Bernie Lee called Shams Charnania an “ambulance chasing dirt bag”. You could feel the anger he was probably feeling while writing the message when your eyes came across those words. An “ambulance chaser” is a derogatory term used to described unethical lawyers who seek out accident victims encouraging them to sue, sometimes knowing their client will lose money. Bernard Lee was using that as an analogy for his claims of Shams Charania’s fake Miami Heat story being created for click bait clout.

This was the Shams Charania’s Heat report that set off Jimmy Butler’s agent Bernie Lee.

The real question now is did Shams Charania make the story up, or did he receive bad intel from a source trying to make him look bad? There’s also the possibility Jimmy Butler’s agent is saving face.

So much mystery around this situation. 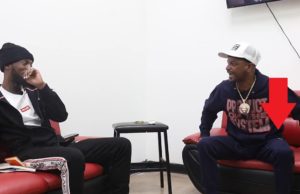 Why Did Charleston White Pull a Gun on DJ U During...

Charleston White is one of the most fearless people in the hip-hop world in terms of not... 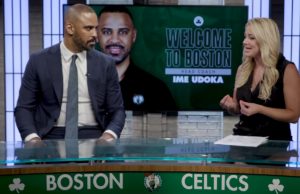 When Kevin Durant is trending you know it's for a hilarious reason, and the trend continues with the most recent roast session at his...