Criminals are always finding new sneaky ways to steal things from people without getting caught, and also without drawing too much attention. A new scheme that was uncovered after women fell victim while leaving a Target in Framingham Massachusetts is making waves around the internet, because of how vinegar was used to pull off the theft.

According to a report from WMUR news a woman named Eileen Savoia had her wallet stolen in plain sight, and didn’t even realize it was happening until it was too late. She claims that as she leaving the parking lot one man knocked on her window alerting her that some type of fluid was leaking from her back tire. Naturally this worried her, because it’s very unsafe to drive around with a damaged tire. Little did she know this was all part of their plan to steal her wallet that was inside her car.

According to reports when Savoia got out her car she did see a fluid on her tire, but it wasn’t anything from her car. Rather the pair of thieves had poured balsamic vinegar on her tire while she inside the store, and waited patiently for her to return to the car. When she got out to check out her tire one of the men went inside her car and stole the wallet right out her purse. As she reentered her car to call AAA thinking that something might really be wrong with her tire she realized her wallet was missing. However, the two men were already gone in the blink of an eye.

According to WMUR news the two men who pulled off the scam tried to use Savoia’s debit card at an ATM shortly after the theft, but were unsuccessful at trying to figure out her pin code. Police are combing through surveillance footage to identify the two men.

Moral of the story is be very wary about people who randomly approach your claiming there is something wrong with your car. If you smell vinegar then you know it’s likely a scam. 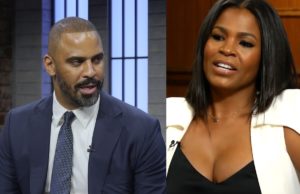 The news has finally come in confirming why Adrian Wojnarowski announced that Celtics were possibly suspending Ime... 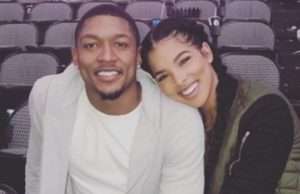 The scary trend of mass shootings continued today at Virginia Beach Oceanfront where 10 people were hit, and 1 police officer was hit by...