Just a few days ago Tyson Fury announced a match with Anthony Joshua taking place on August 14 in Saudi Arabia. People were confused, because Anthony Joshua hadn’t posted anything about it. It appears that fight probably isn’t happening, because an Arbitrator ruled that Tyson Fury must fight Deontay Wilder by September 15 per their rematch clause.

Over the past few months Tyson Fury has been accused of ducking Deontay Wilder. When he announced the fight with Anthony Joshua, those accusations gained even more steam. It appears he can longer duck that fade, and match will happen by September 15 unless he finds a loophole.

This was Tyson Fury officially announcing his match against Anthony Joshua yesterday.

There is a chance that Tyson Fury could possibly forfeit his belt, which could enable him to avoid facing Deontay Wilder, but that would basically mean he’s admitting ducking. There also chance the Deontay Wilder could agree to fight the winner of the Fury vs Joshua match, but he has made it clear he really wants his rematch.

All in all it seems like Tyson Fury might be scared of Deontay Wilder, which supports a theory he might have cheated in their first fight. 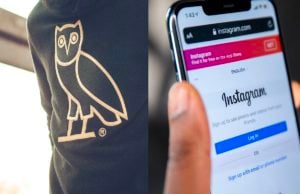 Joe Biden's son Hunter is back in the news in an even crazier scandal than his last crazy scandal. This time the center of...