The Bronny James the world was waiting to see on the basketball court finally showed up, and the result was nothing short of spectacular. In a nationally televised matchup Sierra Canyon took on St. Vincent St. Mary. Bronny James showed he can truly take over a game, and got deep in his bag of basketball moves with celebrities like his dad Lebron, Jamie Foxx, Chris Paul, and Floyd Mayweather watching. Bronny James took over Staples center.

Although Bronny James’ shooting was great in this game going 7-11 from the field, it was his ball handling improvement that stood out most. Of the many things people said Bronny needed to work on his ball handling ability was the major issue, as he seemed “lose” with his dribble more often than not. However, during the High School Basketball showcase game he had the ball on a string even when under pressure.

The most impressive move of the game was when Bronny James split a double team with an unorthodox yoyo dribble move. In fact it’s quite possible he’s the first high school player to split a double team that way. You rarely even see an NBA player pull off a move like what he did. It happens so fast it’s tough to catch exactly what he did when watching in slow motion. To finish of the spectacular play Bronny James’ jelly layup was executed perfectly.

Check out Bronny James splitting a double team with an unbelievable dribble move. Don’t blink or you might miss it.

Bronny James was on fire the entire game, hitting three 3 pointers to finish with 19 points. This was probably the best performance of his high school career so far in terms of showing off the complete offensive package.

It seems whenever Bronny is playing Lebron’s old school he really shows up to make a statement. Last year he won MVP of the game after hitting a game winner on his dad’s Alma Mater.

For awhile many people questioned if Bronny James had enough true talent to make the NBA someday. His critics pointed out how he never dominated games, or looked like one of the best players on the floor.

After Bronny James’ Staples Center performance the critics have to quiet monetarily. The way Bronny James split the double team was the way a future NBA player would. The most important thing for him now is consistency. He can really prove the haters wrong by doing this consistently.

Bronny James taking over Staples Center already. He can definitely be legit when he wants to be it seems like. 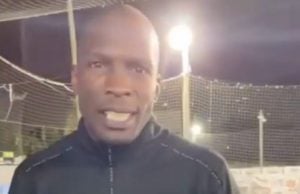 Best Buy is most known for their robust selection of electronic items they sell, but over the past few years the braveness of their...