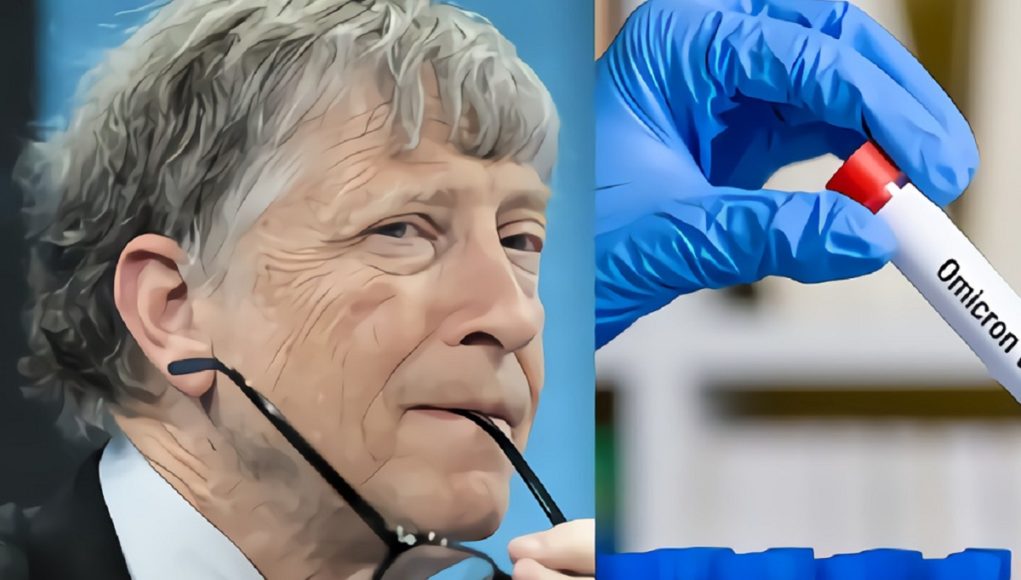 Most people know by now that Bill Gates is heavily invested in vaccines. In the past he’s been accused of testing dangerous vaccines on people in third world countries, he has allegedly proposed an implantable vaccine delivery system, he helped fund the creation of the Pfizer/BioNTech COVID Vaccine, and now conspiracy theorists have connected him with the Omicron COVID variant name in the strangest way.

It was recently announced that an Omicron COVID variant was discovered in South Africa. Despite symptoms being mild in people who have caught the variant, many countries have banned travel from certain African countries, more restrictions have been placed on unvaccinated people, and more rumblings of mandatory vaccinations have been heard in the media.

Although the Omicron variant is being categorized as a mutation, conspiracy theorists believe it could actually be a strategy from Bill Gates to make the COVID vaccine more important. As evidence people are talking about how shortly after the Omicron news spread, Pfizer CEO insinuated annual vaccinations and a new COVID vaccine might be the next steps that are needed to progress forward in the pandemic.

It may sound far fetched, but there is a strange connection between Bill Gates and the Omicron variant name that conspiracy theorists pointed out. In 1999 a game called Omikron: Nomad Soul (David Bowie) was released for Microsoft Windows.

As you can see the name Omikron is identical to Omicron, with the only difference being the ‘c’ and ‘k’ letters.

What is the Omikron: Nomad Soul (David Bowie) Video Game About, and How are Bill Gates, Omicron, and Illuminati Connected?

In the Microsoft Windows game Omikron: The Nomad Soul you are tasked with saving your soul after it gets trapped in a dimension created by a demon. That demon needs to collect thousands of human souls to regain his strength, and take over the world. Does any of this sound familiar?

The Illuminati allegedly takes the souls of famous people to maintain it’s power. It’s alleged they promise fame and fortune in a trade for owning your soul for the rest of eternity. A number that is seen a lot in the Illuminati world is ‘666’, which is the number of the devil in the bible. This is where the Illuminati connects with Bill Gates’ vaccine plans and the Omikron video game.

Interestingly enough the COVID-19 Testing, Reaching, and Contacting Everyone (TRACE) Act Bill also uses the 666 number as it is called ‘H.R. 6666‘.

Take a look at this clip from Omikron: The Nomad Soul Microsoft video game.