On September 27, R Kelly was found guilty of $ex trafficking, racketeering, bribery, and $exual exploitation of minors. The trial that lasted 7 weeks with evidence dating back as much as 25 years had finally come to a close. However, now a new phase of R Kelly’s case may have just began. A phase in which a government informant snitch R Kelly might drop a bombshell of information.

Is R Kelly Planning to Snitch on Celebrity Pedophiles?

According to a viral rumor R Kelly is in the midst of working on a deal that will reduce his yet to be announced sentence. This deal allegedly involves R Kelly snitching on celebrity pedophiles that include a rapper and R&B singer. R Kelly is facing 10 years to life, but with 9 counts of $ex trafficking and racketeering looming over him he was looking at most likely getting football numbers.

What Two Celebrity Pedophiles is R Kelly Snitching On?

During his trial Federal Prosecutors were able to prove that R Kelly was the leader of a criminal organization with the sole purpose finding girls, women, and boys that would satisfy R Kelly. Perhaps the singer and rapper R Kelly allegedly wants to expose are people who were involved in the organization with him. This points to them being a two artists who were popular in the 90s and early 2000s.

R Kelly sentencing is scheduled for May 4, 2022, which gives him about 6 months to work with prosecutors to attempt having his sentence reduced. He’s also facing charges from two separate trials in Cook County Illinois, and Minnesota.

Time will tell if the rumors that R Kelly will snitch on celebrity pedophiles are actually true. R Kelly the government informant could end up saving many women if he exposes celebrities that are currently doing these alleged illegal activities. 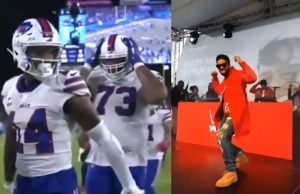 They say every human being in existence has a doppelganger somewhere in the world, and sometimes you can find them in the most random...