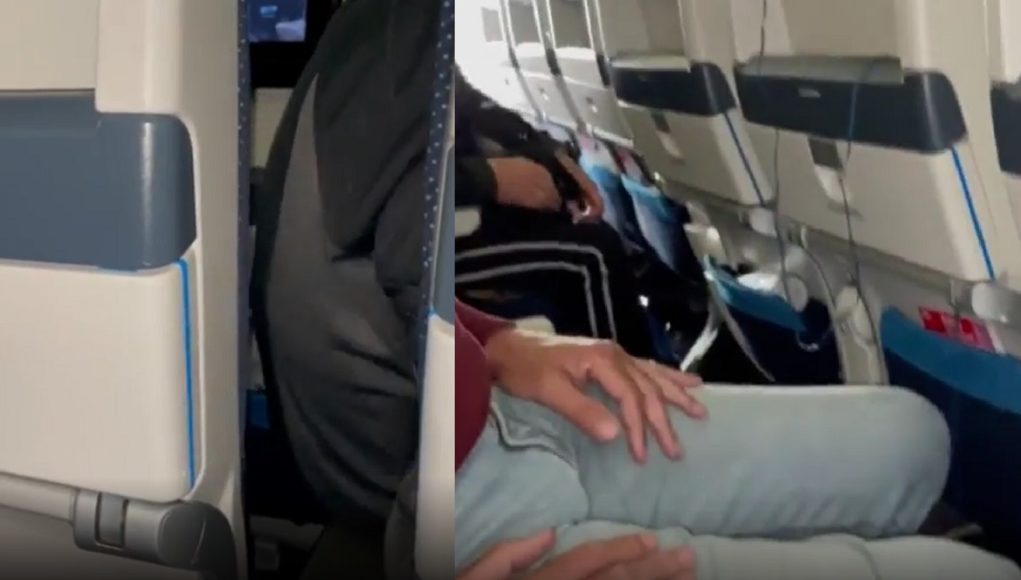 With the recent announcement that WHO has identified an alleged COVID Variant dubbed Omicron that has over 33 mutations, the world has began shunning people from South Africa out of fear. Many countries like the United States have already banned all flights from South Africa from entering their countries. One video shows how life has instantly become much more difficult for South African residents traveling to other countries.

A viral video taken by a person traveling from South Africa to Denmark shows how serious countries are about containing the Omicron COVID variant before it has a chance to spread from its alleged origin country. The disturbing video shows that the South Africa flight passengers were locked on a plane after it landed in Denmark.

Reports say the South African flight passengers had to sit on the plane for over 3 hours before they were allowed to enter the airport. However, that was just the beginning of the issues they would face as they were then told they couldn’t leave the airport until doctors could confirm that they didn’t have the Omicron COVID-19 variant. Every passenger on the plane was allegedly forced to be tested if they wanted to leave the airport.

There are unconfirmed rumors that the plane seen in this video is a KLM flight. One recent report from the Dutch Health Ministry says that 61 people on a KLM flight from South Africa to Denmark tested positive for COVID-19. However, there are no confirmations on whether it was plane from the video above, or if those South Africa flight passengers had the Omicron COVID variant.

Prayers up for people in South Africa, the world is on verge of boxing them in from travel until the specifics of the alleged Omicron COVID-19 variant can be sorted out. People from other African countries now fear that they too could be banned from traveling to other nations.

A story of a fake pregnancy has social media scratching their heads at how it unfolded. It all started when a man found out...