Chance the Rapper went on rant calling people racist for voting for Joe Biden instead of Kanye West. During his message Chance the Rapper said “Ima keep it real a lot of you are racist, ya’ll out here tryna convince me to vote for Biden. Smfh”. Many people disagree with Chance the Rapper, but a lot people feel Kanye West is the better choice considering Joe Biden’s sketchy past.

It was Kanye West posting a powerful DONDA video about racial inequality in memory of his mom reciting KRS1 lyrics that set Chance the Rapper off.

To a lot of people both Donald Trump and Joe Biden are questionable candidates, who are both really bad choices for president. Some people say voting for Kanye West would help Donald Trump. Joe Biden exposed himself as being a closet racist when he went on Breakfast Club and tried telling Black people “you ain’t black if you don’t vote for me”. When you take things like this into consideration Kanye West as president sounds like the better choice.

One thing to remember is if you go to voting polls with the mindset that voting for anyone who isn’t Joe Biden helps Donald Trump win, you’re probably voting for the wrong reason. Vote for whatever candidate you believe in, if it’s Kanye West go for it. 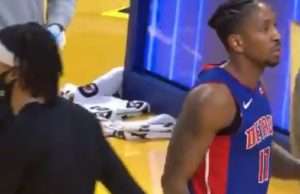 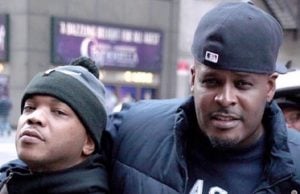 The Dipset vs The Lox Verzuz ended about 48 hours ago, but the internet is still buzzing...
- Advertisement -

Russell Westbrook made history during Wizards' latest game vs Pacers, and it only took 3 quarters. With...