NBA Youngboy is a rapper that portrays a tough guy image most of time. However, he also isn’t afraid of saying or doing things that people might not associate with a rapper in his lane. Recently a photo went viral where NBA Youngboy was wearing makeup. It left many fans confused, but on a recent Clubhouse interview he explained what motivates his passion for cosmetics.

NBA Youngboy likes wearing makeup, because of the unique feeling it gives him when he looks in the mirror. In particular he likes paint his face black, because if makes him feel like a goth Rockstar. He explained that when he put on makeup for his recent video, it was just him being himself.

During the Clubhouse interview NBA Youngboy said this regarding makeup,

“I like painting my face, well putting makeup on. I don’t know, I like to look in the mirror and see everything black, like my eyes and s***”.

When DJ Akademiks asked him about the viral picture he continued saying,

“Yeah that’s 100% real. That’s me being myself. I don’t know, I feel comfortable that way. That’s makeup from MAC, I made my engineer get that”.

How strange would it be if NBA Youngboy got a MAC Cosmetics endorsement deal? He would probably be the first male rapper to promote a makeup brand.

Some people are wondering if something that happened in jail made NBA Youngboy like makeup. Whatever the case may be kudos to him for not being afraid to be himself.

It happened again, another teacher has been exposed for having an OnlyFans account, and at the core... 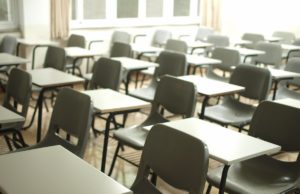 Black Substitute Teacher Beats Up White Student For Calling Him the...

The recent chaotic incident at a high school in a small town made national headlines due to...

Who Created the ‘Waffle House Has a New Host’ Meme that is Trending Worldwide?