Gambling has becoming insanely popular on the Twitch platform, which has sparked a major ethical controversy. Currently there are around 150 Twitch channels that stream live gambling, and pull in millions of views. Many people feel that by allowing gambling to be streamed on Twitch they are enabling gambling addiction, and exposing youth to it. A controversial situation involving popular streamer ItsSliker led to a protest against gambling on Twitch across social media.

Details About ItsSliker Confessing to Scamming Streamers for Gambling Money

Recently several popular streamers accused ItsSliker of scamming them out of thousands of dollars. For example Lukeafk said he lost $27,000 by falling for the scam. In an emotional video responding to the allegations ItsSliker admitted he was scamming people for gambling money. His willingness to scam people who trusted him was born out of an apparent gambling addiction, which began on Twitch. Take a listen to his message.

With ItsSliker admitting a gambling addiction led to him scamming people, Twitter users began calling out Twitch for allowing gambling on their platform. Hashtag #TwitchStopGambling (Twitch Stop Gambling) began trending on social media as people told stories of how their lives were ruined after becoming addicted to gambling on Twitch. Some of the victims aren’t even 18 years old yet, but are thousands of dollars in debt. Take a look at some examples of why people are calling for Twitch to ban gambling streams.

The biggest issue with gambling on Twitch is the fact that they don’t have proper age restrictions in terms who can watch the streams, and their really isn’t a way for them to prevent underage people from viewing the streams once they are on the internet since the videos are also reposted on other platforms such as YouTube and Twitter.

Must Read  Clubhouse Invites Are Selling on eBay For Unbelievable Prices

All things considered the only way Twitch can separate itself from accusations of enabling gambling addiction is by not allowing it on their platform. It will be interesting to see what impact the ‘Twitch Stop Gambling’ hashtag has on their policies going forward. Will Twitch ban gambling streams in the near future? 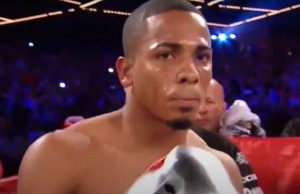 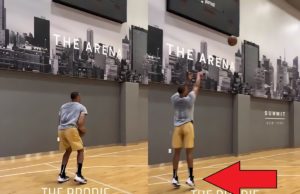 Russell Westbrook has been in the NBA since 2008, and in the time span his game has...

Mike Tyson is one of the most genuine athletes of all time. When he does interviews with people, there was always the vibe that...