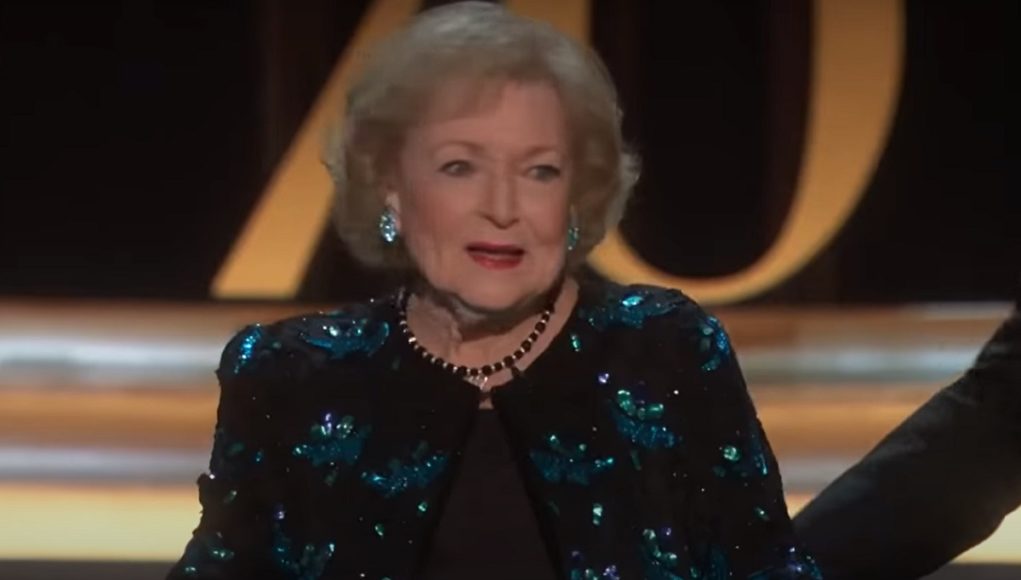 Sad news has left the world shocked after it was reported that Betty White is dead at age 99. The legendary actor who hasn’t been seen much since the COVID pandemic began died in her home around 9:30 this morning according to police reports. Viral pictures floating around on social media show that people have began making a memorial at the front gates of her estate.

What Was Betty White’s Cause of Death? Details on How Betty White Died Two Weeks Before Turning 100 Years Old

In the circle of life many people hope to achieve the 100 year milestone in their lifetime, and Betty White was so close to accomplishing it. Betty White’s 100th birthday would have been on January 17, 2022.

According to reports Betty White was considered healthy for her age, and didn’t have any serious health issues before she died. At the moment her death has been deemed the result of “natural causes”. Of course Betty White’s autopsy will confirm that.

Betty White is most known for playing Rose Nylund on “The Golden Girls”. The slick witty humor of her character brought laughs to people of all demographics.

Betty White’s career in the acting industry began way back in 1940. Before breaking into TV shows, Betty White became a superstar radio host for many shows including “This is Your FBI”. Her biggest career shift came when she scored a starring role as co-host on “Hollywood Television” in 1949.

Her career as a comedic actor began when she got her first sitcom role playing Sue Ann Nivens on “The Mary Tyler Moore Show”. She would go on to have the longest career for a woman in TV show history, which spanned 80 years.

It’s really sad how so many legends in politics, music, and acting are passing away in the last week of 2021. The impact Betty White had on Hollywood is profound, and will never be forgotten.

Prayers up for her family. RIP Betty White.

Today might be a day for everyone to go binge watch ‘The Golden Girls’.

What Did Damian Lillard Really Say to Deandre Ayton at Free...

After his less than stellar first game of the season Damian Lillard was already hearing the critics...

Freddie Gibbs and DJ Akademiks are going at it on twitter again. For the most part it is back and forth disses about physical...