As you probably know Chicago prosecutors accused Jussie Smollett of staging a homophobic and racist attack back in 2019. The superstar ‘Empire’ actor told police that two masked men attacked him as he was walking home, made racist comments, and put a noose around his neck. He also claimed they were Trump Supporters.

Yesterday Jussie Smollett was found guilty of staging the homophobic racist attack, on 5 of 6 counts of felony disorderly conduct. Prosecutors say not only did Smollett lie to Chicago police, but he also lied to the jury during the trial. A double whammy of being a fraud.

With the news of the Jussie Smollett’s guilty verdict many people reacted by taking aim Joe Biden and Kamala Harris for something they did prior to the court case.

When Jussie Smollett first alleged he was attacked in 2019, Joe Biden and Kamala Harris quickly took to twitter to make comments before waiting to see the outcome of the investigation. They took his claims, and ran with it as fact without doing research. They were probably excited to use his situation as a tool to bolster their political images, but jumped the gun in hindsight.

“What happened today to Jussie Smollett must never be tolerated in this country. We must stand up and demand that we no longer give this hate safe harbor. That homophobia and racism have no place on our streets or in our hearts. We are with you, Jussie.”

“Jussie Smollett is one of the kindest, most gentle human beings I know. I’m praying for his quick recovery. This was an attempted modern day lynching. No one should have to fear for their life because of their $exuality or color of their skin. We must confront this hate” .

In context they were both saying good things. Racism and homophobia shouldn’t be tolerated, and have no place in society. However, people are pointing out how their comments made before an investigation was conducted incited strong emotions in the general public that could have potentially led to violent protests. Essentially people believe it’s comparable to how Twitter banned Donald Trump for inciting the Capitol Building breach by spreading “misinformation”.

Take a look at a few examples of people calling for Kamala Harris and Joe Biden to be banned from Twitter for their Jussie Smollett comments prior to his guilty verdict.

Clay Travis’ tweet requesting the Twitter ban for Joe Biden and Kamala Harris because of Jussie Smollett’s guilty verdict has over 23,000 likes and counting.

In addition to people calling for Joe Biden and Kamala Harris to be banned from Twitter, celebrities reacted to Jussie Smollett’s guilty verdict by condemning him for his actions, or making jokes about him being his own attacker. He’s now one of the biggest villain’s in Hollywood for staging a fake hate crime.

Joe Biden and Kamala Harris’ comments about Jussie Smollett show why politicians need to be careful about commenting on some things before knowing all the details. Although the core values of their comments are valid, it also looks very bad on their part of hindsight, because they were defending a criminal with a statement that could have incited violent protests for something that never even happened.

The consequences of Jussie Smollett’s actions go far beyond jail time. Think of the story “The Boy Who Cried Wolf”, with the world now knowing that a black man staged a racist homophobic attack, people will be apprehensive about believing similar cases in the future. 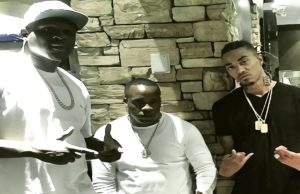 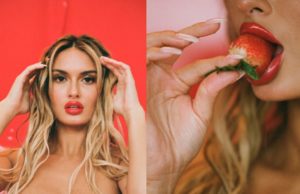 The woman famous for flashing the World Series in 2019 is back at it again. This time...

Common and Tiffany Haddish's #sillhouettechallenge “Silhouette Challenge” with a wig removal is setting the internet on fire. As the internet continues to make the Paul...