Usually when you see a president driving around there is a motorcade of cars in front and back, and the windows of the car he is in are tinted. These are security protocol measures meant prevent a situation like what happened to JFK. However, a recent video may show that Joe Biden secretly likes to drive around like a regular person.

Was Joe Biden Driving in Baton Rouge Louisiana Without Security?

Footage posted online by TikTok user @jaybando2x seems to show Joe Biden driving in Baton Rouge Louisiana in a Rolls Royce Phantom on spinners. The car in the footage has a Florida license plate, which could be part of his disguise to appear as a normal man who isn’t president. The TikTok user had some choice words for Joe Biden, since these days most people aren’t happy about the job he has done as president.

Is that really Joe Biden driving in Baton Rouge without security, or just a Joe Biden look alike? Take a look.

Why Did TikTok Take Down Video of Joe Biden Driving in Baton Rouge by Himself?

The first thought from seeing the footage of the alleged Joe Biden driving in Baton Rouge without security is that it’s not really him. However, something strange happened that has people convinced it was really him, and he’s trying to keep his normal person disguise under wraps.

Shortly after the video above went viral, TikTok took down the footage for an unknown reason. Maybe it was because the TikTok user had negative things to say about Joe Biden, or maybe it was at the request of the President himself, so he can keep safely going on those daytime rides. 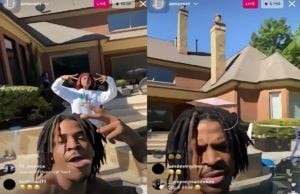 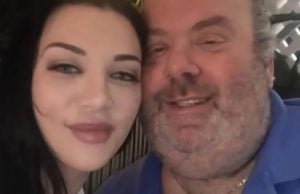