The US House just passed the H.R. 5323 Bill to spend $1 Billion on Israel’s Iron Dome air defense system with a bipartisan vote, but it has left some progressive democrats who opposed the bill very emotional. Most notably video shows AOC Alexandria Ocasio-Cortez was crying on the House floor while hugging Pramila Jayapal. She changed her vote from no to “present” at the very last minute.

The US House passing the H.R. 5323 Bill for Israel’s Iron dome comes a few days after progressive democrats had it removed from a stopgap spending bill. In total 210 Democrats and 210 Republicans vote yes on the bill, 9 opposed, and 2 marked present, showing that both parties are overwhelmingly pro Israel.

However, it has left some people confused as to why America is spending $1 Billion on other countries, and why Israel can’t fund their own defense projects. People with this sentiment want to know what happened to “America first”.

Take a look at AOC Alexandria Ocasio-Cortez crying on the US House floor over the H.R. 5323 bill getting passed.

Below are reactions from people for and against US House spending $1 Billion on Israel’s Iron Dome missile defense system. Some people argued it would lead to less fatalities in the Israel vs Palestine war, while some people said it was dehumanizing Palestinian people.

The United States spends a lot of money on Israel, so the passing of bill H.R. 5323 isn’t surprising. Annually U.S. provides Israel with almost $4 Billion in unconditional aid, which mostly goes to military operations. In total U.S. spends around $146 Billion on Israel.

Whether you like her or not, AOC Alexandria Ocasio-Cortez crying on the US House floor over the passing of this Israel Iron Dome bill she was opposed to just shows how passionate she is about politics. 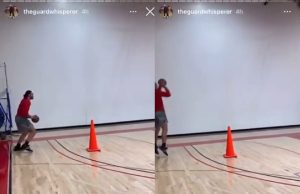 If you've looked at the reviews for the new Morbius movie recently then you've probably noticed majority of them are talking about how bad...