In the world of social media challenges the TikTok platform has given birth to some of the most dangerous. However, none are as scary as the recent TikTok Shooting Challenge that has left the entire nation in fear, and led to parents taking drastic measures at Matheson Junior High School in Utah.

What is the TikTok School Shooting Challenge?

The TikTok School Shooting Challenge is a bit different from other challenges, because it doesn’t require you to do anything physical. Rather this scary challenge involves people posting videos on TikTok threatening to shoot schools on specific dates. Usually they are generic not including names of specific students who would be targeted, but one in particular video it was very specific, which led to parents taking drastic measures, and the FBI responding.

A TikTok School Shooting challenge video circulated around Matheson Junior High School in Utah, which included specific names of students and teachers who would targeted. In an interview with Fox News, one parent named Joey Perea described how he pulled all his kids out of school after learning of the video.

In response to the perceived imminent threat from the TikTok school shooting videos going viral FBI released a statement saying,

“If you see a threat of violence against a school or any other public place posted on social media, immediately contact local law enforcement or your local #FBI office. DO NOT share or forward the threat. Doing so can spread misinformation and cause panic. #ThinkBeforeYouPost”

FBI isn’t the only one taking action against the scary new challenge, across the nation communities are also taking preventive measures. Over in Minnesota the Elk River Police Department increased police presence on school campuses in response to a TikTok Shooting Challenge Video that went viral in their local communities.

They released a statement saying,

“We’re taking the TikTok challenge seriously. Challenge encourages students to make violent threats on schools on Fri, 12/17. Proactive policing can be expected w/ marked squads and an increased police presence at all @ISD728 schools, despite having no specific threats reported.”

According to recent reports, all the TikTok School Shooting challenge videos have allegedly been removed from their platform, and the TikTokers who posted them have been permanently banned.

If you’re a TikToker who was thinking about taking part in this challenge as a joke, remember the consequences, and the fact that you are actually affecting people livelihoods. Plus the FEDS will be coming after you.

This is probably the worst social media challenge ever. 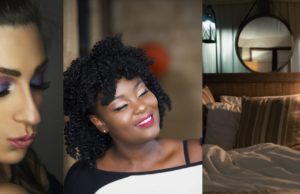 Do Women Sleep With Makeup On? People React to Makeup Artist...

Women often times have better hygiene than men, but that doesn't mean that women are cleanest people... 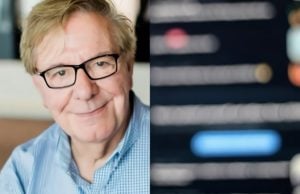 Over the past few years we have heard some crazy stories about about State Senators, but the...

Tacos are one of the tastiest foods on the planet of Earth. People of all races, cultures, and nationalities like Tacos. Usually people use...