When people talk about today’s society you often hear complaints about how attached we have become to our phones. Most people these days don’t know how to navigate through day to day life without their cellphones being close by. Generation Z is no doubt on one of the most proactive generations of people when it comes to trying to change habits the world has grown accustomed to. To do that some are now tapping into old technology to save themselves from new technology.

Smartphones these days can literally do everything for us. However, the core reason they were made was only to make phone calls, but because they have become so advanced most of the time we spend on mobile phones is to do things other than talk with people. Statistics say we touch our mobile phones thousands of times a day, and when you add up all the time we spend looking at our cellphone screens each day it can amount to hours. When you walk around outside many people look like zombies entranced by the mobile phone, some people even get in car wrecks because they can’t stay away from these devices.

The term ‘dumb phone’ is a new phrase meant to describe old model cellphones that can’t do anything besides making phone calls. Apparently more and more young people are seeking out these phones to help battle cellphone addiction. The theory is that if you have cellphone that only makes phone calls it would drastically reduce the time you spend looking at your cellphone. In turn a person would become more productive, because those extra hours that were spent on their smartphones in the past can now be put towards other things. Just this past year ‘dumb phones’ sold over 1 billion units according to reports. Below is cool video explaining this new ‘dumb phone’ phenomena.

For tech industry giants the new wave of demand for ‘dumb phones’ is like a gold mine. Due to dumb phones having way less technology then smartphones they are much cheaper to mass produce in theory. That means this is a win win situation for everyone, except app store related components. 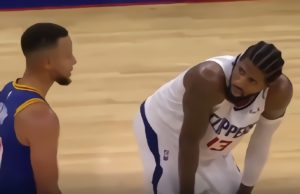