It’s well known that often times humans invade areas that were once the territory of animals. Usually when this happens the animals retreat further and further away until you rarely see them. A perfect example of that is how deer have to live deep within forests to avoid human contact. However, it seems now animals are striking back, and proof is a viral video involving two sea lions at La Jolla Beach San Diego.

Viral footage first posted on TikTok shows the chaos that ensued at La Jolla beach when two sea lions chased people that got too close to their territory. Lifeguards were reportedly on duty watching the chaos unfold, but were ready to spring into action if things got too dangerous.

Usually beaches where sea lions are have a rule that people must stay 50 feet away just so things like this don’t happen. The beachgoers in the footage below learned that the hard way.

How Fast Can Sea Lions Run?

While Sea Lions may look slow because of their weight and strange looking legs, they are actually more agile than most would think. According to science Sea Lions can run up to 15 miles per hour. To put that in perspective the average human being runs about 8 miles per hour. Essentially a Sea Lion is probably faster than you, unless you’re a guy like Usain Bolt who clocked a top speed of 27 mph in his prime.

The strange aspect of the video showing two Sea Lions chasing people at La Jolla beach San Diego is the smell. According to reports that area of the beach is known for having a very foul smell, so it’s very surprising to see people choose that spot to enjoy the nice weather. La Jolla beach is miles long, so they likely could have found a better place to stay than in the territory of sea lions. They definitely have an exciting story to tell though. 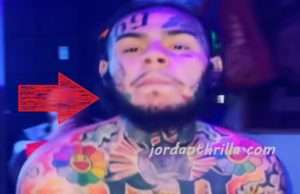 Is a Rogue Developer Behind the Chick-Fil-A App Hacked Scandal? Conspiracy Theory Explained

Lebron James had the time today to address all the noise about the Lakers new roster being old and washed up. The lineup that...