It’s been a few weeks since Antonio Brown was kicked off the Buccaneers midgame, which led to him stripping on the field before making a legendary exit. Some people saw it as the lowest point of his career, but in reality it only catapulted him into a new level of stardom. Since then AB has been seen with some of the biggest celebrities in the world, who all seem to be drawn to him. It’s even rumored Kanye West is trying to do a track with him. However, what has stood out most is a recent video going viral.

In the video going viral Antonio Brown was chilling with Floyd Mayweather, Kanye West, Julia Fox, and Madonna. In the footage AB is sitting next to Floyd, which is making some people feel that business moves were being made. Some people are convinced Antonio Brown is signing with Mayweather Promotions.

Remember back in the day Floyd was trying to start a music label for athletes, so Antonio Brown would be a perfect candidate with his stellar catalog of hits.

Antonio Brown’s ‘Andrew Luck’ song is still a certified classic. It’s really only racist people you see hating on it.

Don’t forget AB recorded the classic track ’60 Minutes’ while running on a treadmill, and freestyled the whole thing. The man is a truly talented musical artist.

If Floyd Mayweather really does sign Antonio Brown to TMT one day it would be a huge win for both of them. We would get even more AB music, and who knows what else.

It’s cool to see Antonio Brown living life after Buccaneers tried forcing him to play injured. He doesn’t need the NFL to stay rich, because the money follows him. 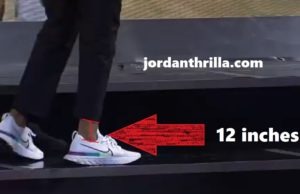 Kenny Smith tried his best to look young today, and he came out with pants that made... 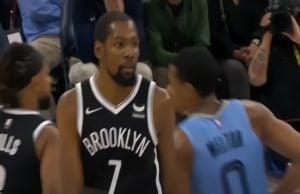