JordanThrilla
Home Sports Nikola Jokic Threatens Bol Bol For Dunking On Him During Game in...

Nikola Jokic is no stranger to making headlines with his post-game comments. The Denver Nuggets star had some particularly memorable remarks for Orlando Magic big man Bol Bol, who had dunked on him earlier in the game. After the Nuggets won the game, Jokic hilariously threatened Bol Bol, saying, “If he dunk one more time on me, I’m gonna F him up”. It’s easy to guess what that ‘F’ stands for.

Jokic’s threat was met with laughter from teammates, reporters and fans alike, but it also showed just how competitive the Serbian seven-footer can be. Jokic had a triple-double in the game, scoring 17 points, 10 rebounds and 14 assists to lead the Nuggets to their sixth consecutive win. But it was his comments after the game that really caught everyone’s attention.

The exchange between Jokic and Bol was just one of the many highlights of the game. The Nuggets had a 15-point lead at halftime, but then bench struggles led them to be down double digits as well. The game got close until Jokic drained a step-back three in the final second to help the Nuggets get the win.

Jokic’s threat to Bol was a reminder of the physicality, and intensity of the NBA. It also highlights the unique bond between two players who are both trying to make it to the top of the league. Jokic’s passion and drive are what make him one of the best players in the NBA, and his jokingly heated exchange with Bol Bol is a reminder of why he is so beloved by Nuggets fans. 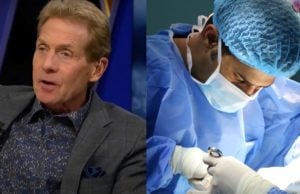 Why Did GBO Gaston Throw Cup of Urine on Nipsey Hussle’s...

Since Nipsey Hussle's tragic passing a few years ago it has be common to see murals honoring... 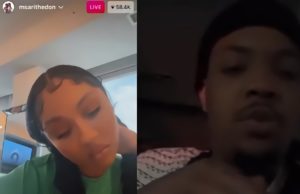 Did Taina abuse Ari Fletcher's son Yosohn? No one wins the family feuds is the best way...

The saga between Kim Kardashian and Kanye West took a dangerous turn after Pete Davidson sent a picture clearly trying to troll him. The...