There’s no doubt that cats are some of the cutest animals on the planet. Their small size mixed with a seemingly high level of intelligence and personality often times leads to some hilarious moments. A perfect example is a recent video showing what a pet cat did during a soccer game.

It’s well known that cats love small round objects. Whether it’s a ball of yarn, or just any kind of spherical object they usually enjoy playing around with it. Usually when an animal sees a ball on TV they don’t react, but every once awhile they will. Viral footage shows a smart cat playing goalie by trying to block the soccer ball going into the net during a soccer match on TV.

The cat’s actions had everyone in the room laughing hysterically, which raises the question if a cat can be a soccer fan?

In sports like soccer you will often times here people saying an athlete has ‘cat like reflexes’. This video is a literal representation of why that became a phrase. If that cat was on the soccer field it would have probably blocked every shot.

There's 10 games left to go in the season, and for some teams you'll see them start... 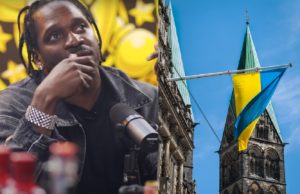 As the Ukraine vs Russia war continues to rage on it has become more and more evident...

The beef between KAT and Jimmy Butler is still alive and well. During Heat vs Timberwolves Jimmy Butler cursed out Karl Anthony Towns while...