According to recent reports, Turkey has recently put a $500,000 bounty on former NBA star Enes Kanter Freedom, who changed his last name in 2021 in honor of the pro-democracy movement in his home country. The government of Turkey has placed the bounty on Freedom’s head in response to his outspoken criticism of their human rights abuses, as well as his support of the pro-democracy movement.

The tension between Turkey and Freedom has been growing for awhile from various incidents. For example in 2022 he stepped on a photograph of Turkish President Recep Tayyip Erdogan during a protest in Washington DC. Since then, Freedom has been a vocal advocate for democracy and human rights in his home country, and has been a vocal critic of the current Turkish government. This led to Kanter Freedom being placed on the country’s most-wanted terrorist list, alongside a bounty of $500,000.

Freedom has been outspoken about the situation, claiming that the bounty is a way for the Turkish government to silence him. He has also been very vocal in his criticism of the NBA, claiming that they blackballed him in response to his protests against the Chinese government. In response to the bounty, Freedom has sought protection by the US government, as well as by private security firms. He has also been vocal in his calls for the US government to take action against the Turkish government, as well as his criticism of the NBA’s response to the situation.

Despite the Turkish government’s attempts to silence him, Freedom has continued to speak out against their human rights abuses and has been a vocal supporter of the pro-democracy movement. He has also gained international recognition for his advocacy and has even been nominated for the 2021 Nobel Peace Prize. In 2022 he won the Magnitsky Human Rights Award. 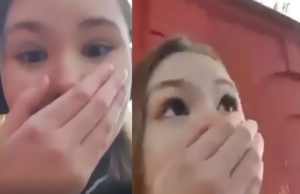 The coach most known for having brain farts during games may have had another incident added to list. With 2:52 seconds left to go...