According to reports from Shams Charania the NBA has fined Kristaps Porzingis $50K for violating the rule of entering a bar, club, lounge or similar establishment regardless of vaccination status. It doesn’t seem like he will be forced to miss any games, which many Clippers fans were hoping.

Must Read  Scottie Pippen Son Antron Dead at 33: What Was the Cause of Antron Pippen Death?

Here is a picture of the maskless Kristaps Porzingis at the club partying with no worries. His height makes him stick out like a sore thumb.

Many people reacted to Kristaps Porzingis getting fined for breaking NBA protocol by wondering why Lebron James didn’t get punished after he was pictured partying maskless too. The difference was that Lebron was at an officially sponsored event that technically wasn’t a party.

Must Read  Why Did Montrezl Harrell Threaten to Beat Up Thanasis Antetokounmpo After Giannis' Ladder Push?

Hopefully the club was worth it for Kristaps, because his pockets are $50,000 lighter now. 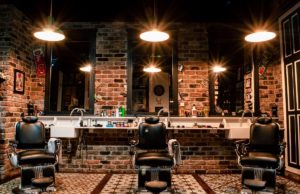 Lebron Bald 2022? Lebron James Shaves Off All His Hair Finally...

Lebron James is one of the most confident players in NBA history, but one thing he has...

The Los Angeles Lakers have become the NBA's punching bag when it comes to getting easy wins, and that remained true against the Timberwolves....