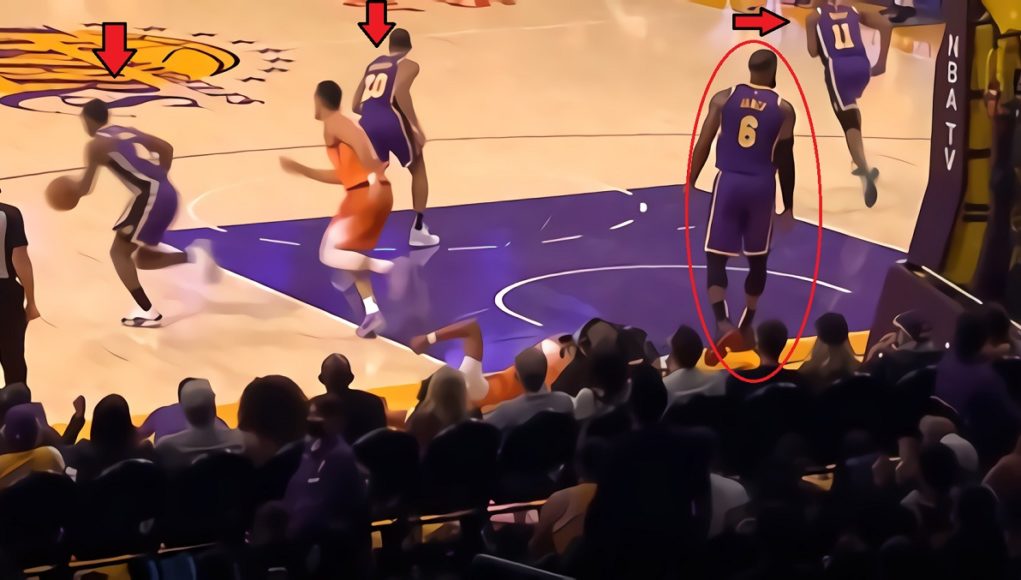 Lakers woes continued during a disastrous loss to the Suns that had their leaders showing bad sportsmanship. On a night where Anthony Davis was fighting Dwight Howard, Lebron James would have a bad moment of his own too.

The strange sequence began after Lebron James challenged a Cameron Johnson dunk attempt, which caused him to miss leading to a Lakers rebound. While everyone else was running back up the court, Lebron James quit playing standing still under Suns’ basket.

Lebron’s actions had the legendary Doris Burke very confused. After giving him the benefit of the doubt on a no call during the contact he made with Cameron Johnson, she asked the question everyone wanted know.

“why is he standing back here?”

Looking closely at the footage below, it seems Lebron was trash talking someone on the bench or in the crowd.

Lebron James has history of showing seemingly bad sportsmanship during games where his team is getting dominated. Individually he had a decent game offensively scoring 25 points, and going 5/9 from three point land. One glaring negative about his performance was his assist to turnover ratio. He had 5 assists and 5 turnovers on the night.

While it was impressive that he went for that block on Cameron Johnson down 30 points, Lebron James quitting in the middle of game just isn’t a good look.

When will these new look Lakers win a game? 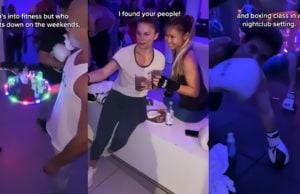 Boxing Class Night Club Where People Workout Then Party and Get...

The GRIT BXNG boxing class night club in New York is the latest in a string of... 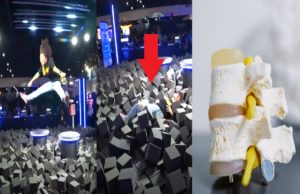 TwitchCon is an event dedicated to Twitch streamers, which is put together by Twitch Interactive each year...

As expected in Kyrie Irving's debut with Harden on NETS roster their defense was beyond lackluster. Collin Sexton completely destroyed the NETS scoring 20...