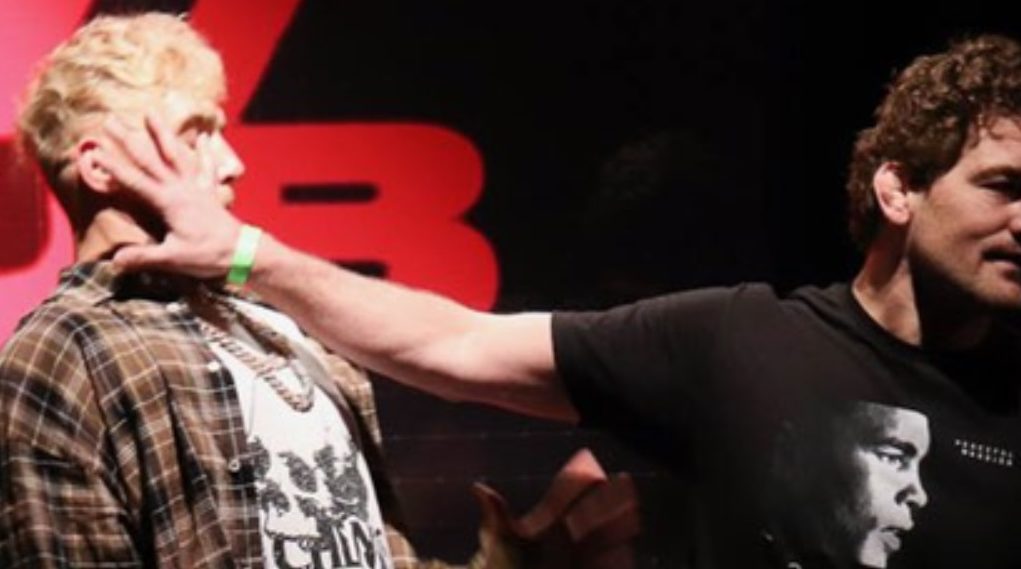 There’s an old saying that actions speak louder than words, and most time it holds true. The actions of Jake Paul during an altercation Ben Askren at their press conference has some people thinking the outcome of their matchup is easy to predict. Jake Paul’s reaction to Ben Askren palming his face is going viral as a result.

How Did Jake Paul React to Ben Askren Palming his Face?

Usually when someone mushes your face it’s an automatic fight. However, Jake Paul slapped Ben Askren’s butt after he forcibly pushed him in the face. It seems clear who is scared and who isn’t.

It’s easy to see Jake Paul is super nervous about this fight. This time he isn’t going up against an NBA player, he’s going up against a UFC fighter. He could get seriously injured in this fight, but he does technically have more boxing experience then Ben Askren.

If Jake Paul wants to get a mental edge he should have Jorge Masvidal at ringside to taunt Ben Askren.

How far would you go to get the attention of someone that doesn't want you anymore? Most...

What would you imagine close to $1 Million getting you on the housing market? If you pictured a mansion a TikTok video of a...