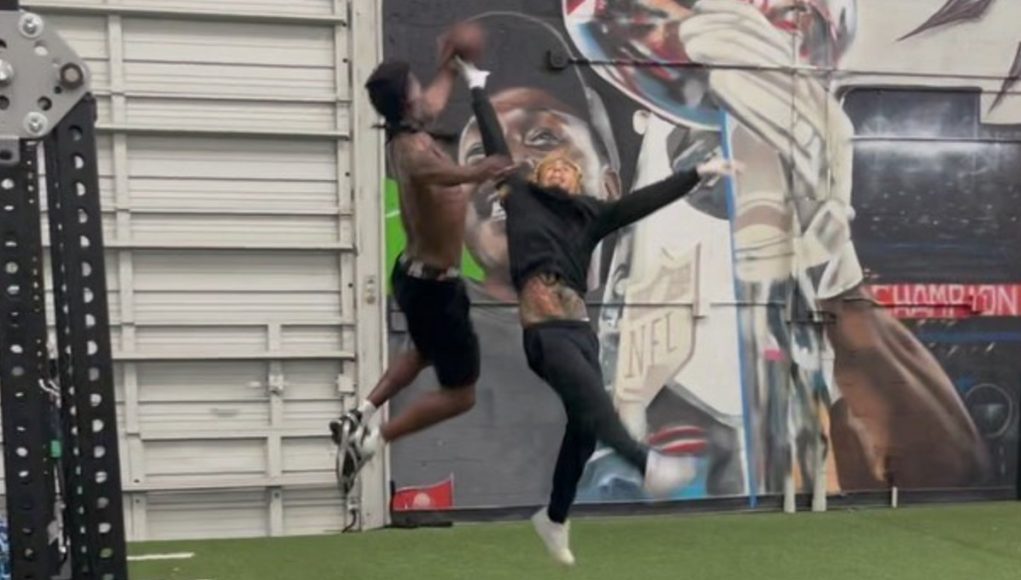 Tekashi69 has been exploring new career ventures with his limelight in hip hop slowly dwindling down again, and he may be taking his talents to the NFL. To get some practice it appears Tekashi 6IX9INE is working with Antonio Brown to improve his skills.

A viral video shows Antonio Brown AB destroying Tekashi 6IX9INE on an indoor football in single coverage. As a show of good sportsmanship he helped Tekashi69 up after he made fall hard on his back. He did give him a stare down though.

The last time the world saw Tekashi playing sports he was getting dunked on by Victor Oladipo. It was clear basketball wasn’t for him, so now he’s focusing on NFL football dreams.

Antonio Brown doing football drills with Tekashi69 is about as random as it gets. The good thing about this video is that AB looks to be in great shape and ready for another Super Bowl run with Tom Brady.

Pay close attention to the new painting on the wall in his gym in the video above. AB is focused. 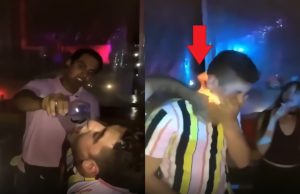 Video: Why was a Man’s Face on Fire After Drinking Alcohol...

Alcohol is one of the most flammable and dangerous substances on the planet earth, but remains one... 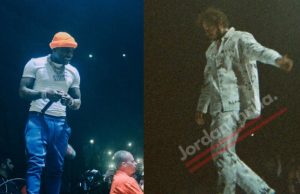