Viral video shows Bill OL Spencer Brown calling Desmond King II short. First Spencer Brown made a “where are you” gesture, and pretended he couldn’t see Desmond King II, because he’s too short. Then he went further by making the “too small” gesture that has been made popular in the NBA.

For reference Spencer Brown is 6’8″, and Desmond King II is 5’10”, which puts 10 inches of height difference between them.

What makes this moment so embarrassing for Desmond King II is that Bills won the game 40 – 0. The Texans couldn’t even score a field goal during this game. They are now 1-3 on the season, while Bills moved to 3-1.

Spencer Brown called Desmond King II short, and went home with win, that’s two W’s in one day. It was impressive how Desmond King II didn’t back down from someone so much bigger than him though. 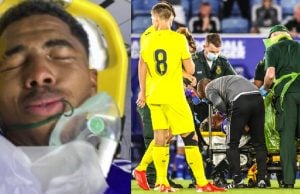 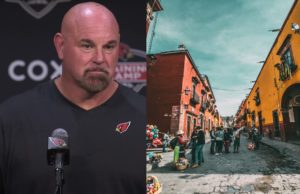 Was Cardinals Coach Sean Kugler Caught Cheating on His Wife in...

The Arizona Cardinals are the most viral topic in the NFL world after one of their coaches...

G Herbo should consider himself a very lucky man after the scary ordeal he went through while performing on stage at a concert recently....