Rick Ross is having the time of his life making jokes about Tory Lanez height, and his new album. Rick Ross dissed Tory Lanez with a Smart Car gift, then Rick Ross clowned his Daystar album flopping with a Datpiff line.

Rick Ross told Tory Lanez “I just bought Tory Lanez a smart car, Heard your album just went Double Acrylic on Datpiff”. The disrespect level was at 110% in the footage as Rick Ross showed off a brand new Smart Car for Tory Lanez, who is only 5ft 3in.

Most people thought Tory Lanez’s Daystar album streaming numbers would be high, since he baited people by making an announcement about Megan Thee Stallion hours earlier.

It appears people are finding other ways to hear what he said, because Tory Lanez Daystar album is flopping and Rick Ross let it be known.

This seems like the Tekashi 6IX9INE Tattletales flop all over again.

Tee Grizzley Picks Up His Twin Brother From Jail and Gives Him $500K as...

JordanThrilla - October 23, 2020
After being arrested back in June, Rapper Hurricane Chris has been indicted on murder charges in relation... 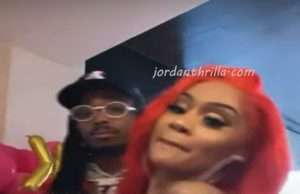