A few days ago Adidas made the bold move of cancelling their deal with Kanye West over his alleged anti-Semitism. The move was a strange to some people, because they remembered Adidas not doing anything when Kanye said “slavery was a choice” some time ago. The ending of his Adidas deal pushed Kanye out of billionaire status, but he’s still worth a massive $400 Million, so his lifestyle likely won’t change. Ye still it will be interesting to see if he ever apologizes to try and regain those business partnerships he lost. Now the new discussion is centered around the report of Adidas continuing selling Yeezys without the logo, and if people will be willing to buy them at the same rate.

Recently Kanye West allegedly leaked texts from Quin Emmanuel who is a famous lawyer who specializes in business litigation. In those texts it was allegedly confirmed that Kanye owns all the trademarks associated with Yeezys and the logo. However, a report also came out that Adidas still owns the trademarks to Yeezy 350, 350 v2, foam runners, 700, 700 v3, and 750 designs. After that report it was alleged that Adidas will sell Yeezy without the YZY logo on them, and based on reactions around social media and forums it seems most people aren’t interested, which bodes well for Kanye West. Take a look at how people are reacting to the thought of buying Yeezys without the logo, and a picture of the designs Adidas can allegedly legally sell.

Before this controversy began Kanye West did a Live News interview where he alleged he was trying to get out his contract with Adidas, and sell Yeezy brand independently. Some people feel his rant against Jewish people was actually a calculated business move to speed up the process of getting out of all those bad contracts he was stuck in.

The fact that most people are unwilling to buy Yeezys without the Yeezy logo could be a sign that he is going to make even more money once he starts selling his brand independently. For Adidas this could become a long lasting nightmare financially, because Yeezy was basically their flagship shoe. 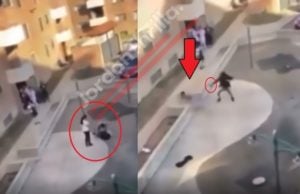 Francis Ngannou put on a brilliant performance at UFC 260, and of course Jon Jones had to say something about it. In a deleted...