Just days after the Derek Chauvin verdict has been reached, another investigation into a police brutality incident involving him has just come to light. According to reports a video of Derek Chauvin beating up a 14 year old black boy is being investigated by the FBI.

The video in question from 2017 allegedly shows Derek Chauvin hitting a 14 year old black kid in the head with a flashlight causing a wound that need stitches to close. It’s also alleged Derek Chauvin grabbed the throat of the 14 year old then held him down for 17 minutes until he passed out from not breathing properly. During the trial prosecutors tried to use this video as evidence that Chauvin had a track record of using excessive force against black people. The judge denied their request.

Reports say a grand jury has been requested to review this case, as it is now under criminal investigation. If this case was investigated many years ago George Floyd might still be alive right now. They seem eerily similar.

You have wonder if Derek Chauvin was thinking “Since I got away with it last time, I’ll get away with it this time” as he was kneeling on George Floyd’s neck three years later.

This situation could tack on more years in prison in the long run. 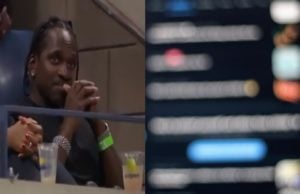 Tekashi69 has been in the news lately after his video with fake Lil Durk named Perkio went viral. In the footage that was recorded...