When General Kenneth McKenzie confirmed that the US withdrawal from Afghanistan was 100% complete, a sigh of relief was breathed by many Americans. However, in Afghanistan there was probably panic among Afghan citizens as they were left knowing that Taliban had no one to check their power anymore, which meant potential horror lies ahead. A recent video shows just the kind of horror that they may witness going forward.

Viral footage shows Taliban using a Blackhawk helicopter to hang an Afghan citizen in mid-air. Reports say they eventually dropped the person you see tied to the rope.

There were rumors that Taliban was going around searching for any Afghan citizens who worked for the USA, or had western propaganda in their phones. Presumably this could be a victim of one of those two groups.

According to reports the US gave Afghanistan over $80 Billion worth of military weapons in effort to help them build a respectable army to defend themselves. Those brand new weapons are now in the hands of the Taliban.

Many people said that wouldn’t be a big deal, because they wouldn’t know how to use them. However based on this video they know how to fly Blackhawk helicopters, unless they forced a Afghan pilot trained by the US to carry that public execution. The question now is will they be able to maintain them too?

Seeing Taliban dropping an Afghan citizen from a Blackhawk helicopter is just too sad.

Prayers up for the people of Afghanistan. 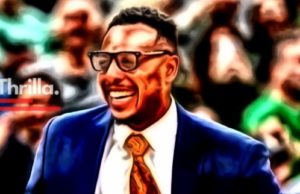 It's only been one day since Paul Pierce was fired from ESPN for a controversial IG Live...
- Advertisement - 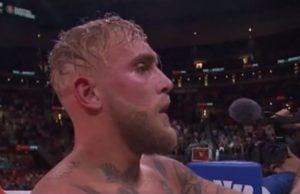