Most of the time when you hear about a Pit Bull attack the victim is usually a human or another dog. However, in very rare cases it can involve another species of animal that is much bigger in size. As example video of a Pit Bull attacking a Clydesdale horse at Canecreek Park NC is going viral.

The footage starts as people begin panicking when the Pit Bull attempts to bite the throat area of the Clydesdale Horse. The dog was so focus on the horse that it ignored any human commands it was given. It didn’t seem to be fazed the horse kicking it several times either. Luckily the dog made the mistake of trying to bite one of the back legs of the horse, which are the legs that have the most power. All it took was one good back kick that sent the Pit Bull flying several feet back, and the attack ended. The dog was quickly subdued.

What Is a Clydesdale Horse?

The Clydesdale Horse is a breed with Scottish origins. It is named after the valley of River Clyde, which is located in Lanarkshir Scotland. It is known as one of the strongest breeds of horses, which is why it is primarily used for draught power in both farming and road haulage. Those powerful legs saved the horse’s life, but it did sustain serious injuries.

The Medical Cost of The Pit Bull Attacking the Clydesdale Horse at Canecreek Park, NC

According to reports doctors have estimated the medical cost of repairing the Clydesdale Horse will be $25,000 or more. The family in the video has started a GoFundMe to raise money for the injured horse.

Sadly in situations like these if the injures inhibit the horse from being used a draught power there is a chance it could be put down. Hopefully it can make a full recovery. 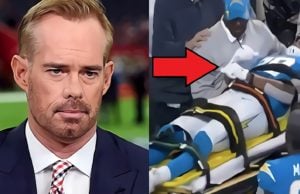 When you think of the venue for a wedding most people think of peaceful places with no history of racism, murder, and human suffering....