Four black soldiers who were having a peaceful meal at IHOP got an unexpected guest at their table then things turned tense. A Virginia racist white woman called the black US soldiers the N-word racial slur and crashed their table as they were eating. It appears the woman set up the whole situation up and purposely escalated things.

According one of the soldiers named Joe Jeffers the woman initially offered to help pay for their meals, then condescendingly left them only 6 dollars on their table. She waited a short amount of time then walked back to the table and told them to give her the money back. At the point she allegedly started to act like she left more than $6 dollars at the table then went on a racist rant.

During that rant the white woman said the N-word twice to the black soldiers while calling them liars. She finished her rant saying she hates black people who live in Virginia. At that point a white army veteran stepped in to defend the them, and threatened to call the police on the racist white woman harassing the Black soldiers.

For these 4 US Soldiers it was the first time they experienced blatant racism. The incredible thing is that they weren’t fazed by the woman’s racist rhetoric at all, they didn’t her the pleasure of knowing she made them react in an angry manner. Instead they just let her make a fool of herself in front of everybody, then posted the video on social media for the world to see. The 4 black US Soldiers definitely got the last laugh.

The incident was reported to IHOP’s upper management, so there could be major consequences for that racist outburst. 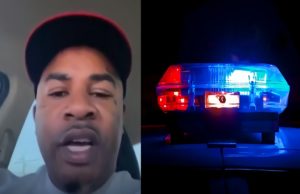