JordanThrilla
Home Urban News White Man Gets Experimental Tanning Injection Drug and Turns Himself into a...

During the course of nearly 60 days the tanning injections made Nuka Zeus’ skin darker by making his melanin production go into overdrive, according to his claims. The drug alters peptides in his skin, which makes his melanin react much quicker to sunlight exposure, which creates the illusion of darker skin. Nuka Zeus was obsessed with black culture even before he started changing his skin. He had a “black power” tattoo on his forearm.

The results shocked his fanbase when they saw Nuka Zeus really changed into a black man on the surface. For those that may not know, Nuka Zeus has always dreamed of being “black”. Way before resorting to dangerous tanning injections to change his skin color, Nuka Zeus was convinced he was suppose to be born a black man.

In his mind, he probably finally reached his dream. The first white man to turn himself black using these new experimental tanning injections.

Nuka Zeus is now a black white man. You have to give him kudos for the effort, he literally risked his life to achieve this. 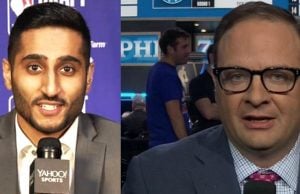 When it comes to the amount of people that use a service most people never thought something bigger than Google would come along, then...