JordanThrilla
Home Sports Charles Barkley Does #sillhouettechallenge “Silhouette Challenge” On Inside the NBA and Admits...

Charles Barkley did the #sillhouettechallenge on Inside the NBA, then made a shocking revelation. After they played footage of his silhouette challenge, Charles Barkley said he doesn’t wear underwear.

The entire segment had the Inside the NBA crew in shock while laughing. Chuck said he didn’t go as far as he wanted, because there was too many people there for him to take off all his clothes. Shaq was urging him to strip completely when the red filter came on.

The Silhouette Challenge is usually done by women who want to show off their bodies in “safe” way. It became controversial when people learned how to remove the red filter.

Hopefully no one tries to remove that filter from Charles Barkley’s version of the challenge. Classic moments like these are what make Inside the NBA must watch tv. 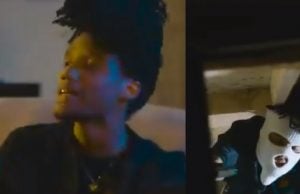 One of the most anticipated grudge matches in UFC history is officially going to happen. It was announced today that Jorge Masvidal will fight...