In the wake of the January 6 insurrection, the Citizens for Responsibility and Ethics in Washington (CREW) sued the United States Secret Service for failing to preserve records of communications with the Oath Keepers, a far-right extremist group that participated in the attack on the US Capitol. CREW has accused the Secret Service of deliberately deleting text messages related to the attack in an attempt to cover up its role in the events of January 6. The case has raised questions about the integrity of the agency and whether or not it is truly compromised.

The events leading up to the CREW lawsuit began on January 16, 2021, when the Secret Service received a data-retention notice from Congress. The agency responded by initiating a planned update to its phone system, which included a factory reset of its agents’ mobile devices. The reset deleted all data, including text messages that related to the January 6 insurrection. The Secret Service claims that this was part of routine maintenance and not a malicious attempt to hide evidence.

The suspicion of a conspiracy has been fueled by the fact that the data loss occurred after the Secret Service received the data-retention notice. This has led some to speculate that the agency was attempting to conceal something, either related to the January 6 insurrection or to President Donald Trump’s attempted coup. While this is possible, there is no clear evidence of a cover-up. 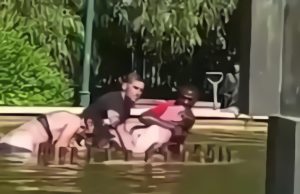 If you notice a stranger in a dire situation that requires spit second thinking and risks your...

Freddie Gibbs and DJ Akademiks are going at it on twitter again. For the most part it is back and forth disses about physical...